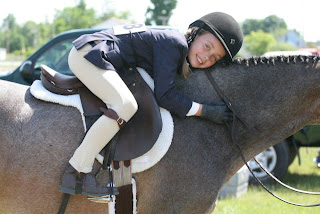 Great workout on a day off from work. Went up to the Freeport Y, swam 5,000 yds, including a 1200 for time. I set the countdown timer on my watch for my average 200 split goal (today a manageable 2:38). I can hear it beep underwater, so I know where I am. Otherwise I'd lose count after 150 yards.

Until this year, I've taken the swim training easy because it was the strongest part of my race, plus the fact that I was tired from the other training. However in 2008, I actually placed higher in the bike and run in a few races. My swim at Nationals was not good. Given that I missed qualifying by 45 seconds, I think I can pick that up just in the swim. The problem is I'm a sprinter by training. I also HATE swimming alone. 1500 yds and I'm out.
So there's a physiological issue, but more importantly, a mental one. A couple of months ago I started a routine that includes one day per week of long swimming, and it's often alone. Twice per month that involves a long time trial. In February, I moved up from 1000 to 1200. Today's swim is evidence that the approach worked. I went long, and did it alone. And believe it or not, I enjoyed it.
After the swim, I did a new favorite run- from the Y to the very end of Winslow Park and back. Even though it's a dreaded out-and-back, it has everything- hills (yes, Mary, there are hills), flats, pavement, gravel, little traffic, woods, and ocean, and it's 6.2 miles (sound familiar?). 20 minutes of weights and I was done for the day.
So what's up with the title of this blog? It isn't an algebra question. It's me drawing parallels between triathlon and other parts of my life. H is for horse. Christine and Leah fell hard for competitive horseback riding last year. It's fantactic for Leah, teaching her the values of hard work, taking risks (imagine riding a 1000 pound bike that gets spooked and can throw you off), routine, what it's like to have nerves in competition, and I'm sure plenty more. P2 is the cost of a Cervelo P2. Leah may move up from a road bike with clip-on aerobars (Jitterbug) to a P2 (Wizard). I've always said I would support whatever passion the kids developed. We don't know if this turns into a lease or a purchase. Buying is where the "4" comes in. One P2 for each leg of the horse.
This isn't entirely selfless on my part. I promised them I wouldn't buy Zipp wheels before a significant investment in their sport. It's about balancing my selfish sport with other family desires. Looks like I'm in the on-deck circle.
Posted by MaineSport at 10:45 AM