Last week we had a great vacation on Peaks Island. The ocean has always been magical for me. I can just stare at the waves, currents, wind, boat and animals for hours on end. So the view from the house was great. For those of you that know Casco Bay, Cushing Is. is on the right, Ram and the Ram Is. light are on the left, and Cape Elizabeth is in the distance. 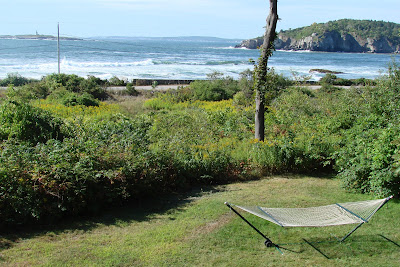 We loaded up the boat and launched it at Falmouth Town Landing. Now this is the way to go on vacation..... 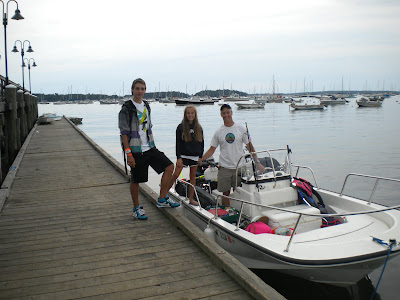 We made rock towers of all sorts.... 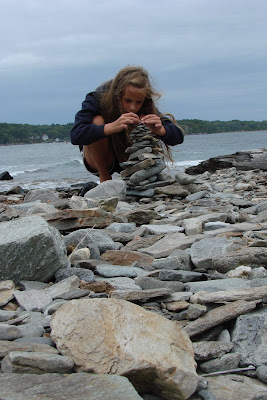 enjoyed sunsets looking back at Portland....... 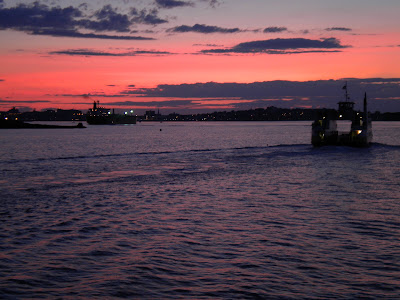 and Nick made the jump off of the ferry pier. 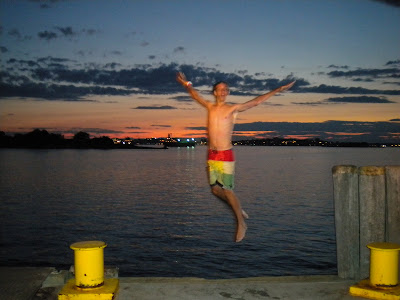 Personally, I found time every day to nap, read, and play (occasionally too) ferocious games of spit with Leah. I also ran every day. That was six days in a row, starting with 4 miles, and ended with 5 miles on the last three days. The 5 mile race course is marked at intersections and mile markers, so it was easy to keep track of my pace. For a race that generally goes around the perimeter of an island, it's surprisingly hilly. Without too much straining, I got my pace down to 8:30, which is promising.

On Saturday afternoon, I got a pain in my ribs which made me a bit nervous. Was another clot lodging in my lungs? I took Sunday off from exercise, and the pain gradually went away. Today I went to see my doctor, as previously scheduled, and he said it's likely scar tissue in the sack around the lungs.


Importantly, I asked about activity levels. The message was pretty clear- he isn't concerned about further clotting as long as I'm on Coumadin. That means I can go hard. His only concern is doing too much, too fast, and ending up with some sort of injury. So I have clearance to get back at it! That's a great feeling.


I'm signed up for the Lobsterman relay, doing the swim and run, and Jeff F. will be my biker. He's a great guy, always friendly, and a fierce competitor. We've traded off "wins" for a few years now in triathlons. His strength is on the bike, and will go 100%. He also realizes I'm in the race to participate, not to race. I'm there to see friends, watch the race, enjoy the atmosphere, and thank volunteers.


On a more somber note....a friend recently had a serious medical issue. Like me, they were in great shape and very healthy. It's easy for some of us to feel invincible- we put ourselves under so much physical stress and break down mental barriers that we feel nothing can take us down. But that simply isn't true. We are all vulnerable. In the Portland area, I can think of four or five good athletes who have had serious to life threatening issues this summer. Pleeeease make sure your affairs are in order while you still have options available. Treasure what you have. And realize that we rely on many people in order to take on this sport.

I look forward to seeing many of you on Saturday, September 18th in Freeport. It'll be a blast!


You remember the rules.....Keep yourself safe, put a little joy into your life and those around you who you think may merit it, and never ever- that's never ever- pass up an opportunity to kiss someone you love.
Posted by MaineSport at 7:54 PM